Mad Magazine came into existence, when William Gaines, having grown tired of the interference of the Comics Code Authority to his line of EC Comics, decided to branch out into humor. Written and edited almost entirely by the great Harvey Kurtzman, and featuring the art of such greats as Wally Wood, Will Elder, Jack Davis, and John Severin, the first issue debuted in August of 1952. 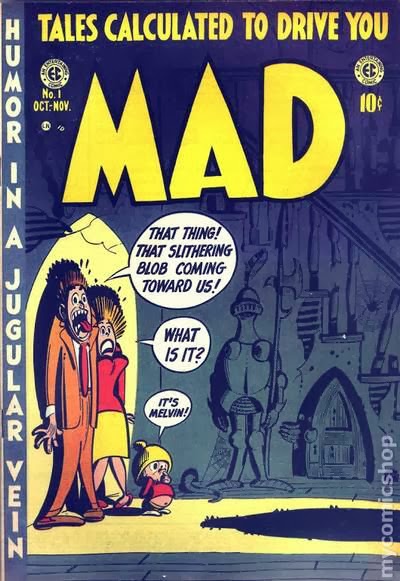 After, what has been reported as a lackluster first 3 issues, Kurtzman introduced the first straight parody of an entertainment icon: Superduperman, after Superman and Captain Marvel. That skewering of a topical entertainment property would become standard operating procedure for the magazine from that point on and make it one of the great success stories of comic related publishing ever. 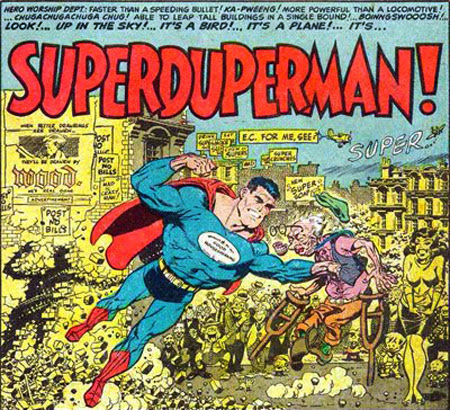 About a year later, Kurtzman decided that Archie, in it's height of popularity, was a good target for satire. Thus was born 'Starchie', in issue #12. 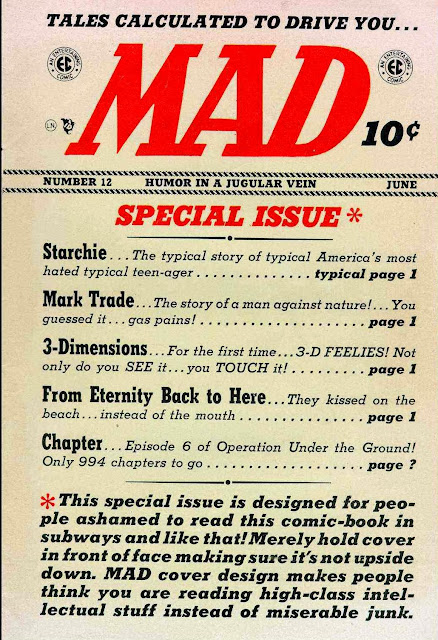 Featuring Starchie Andrews, Bottleneck, Salonica and Biddy, and a host of others (as well as some cameos from other cartoon characters), it was written by Harvey Kurtzman and drawn by Will Elder.

Every Archie fan should own a copy of this in one form or another, as satire is really a celebration of the popularity of it's target (like a comedy roast), and at the end is a list of books reprinting it, BUT
here for your enjoyment, is the entire 8 page story. 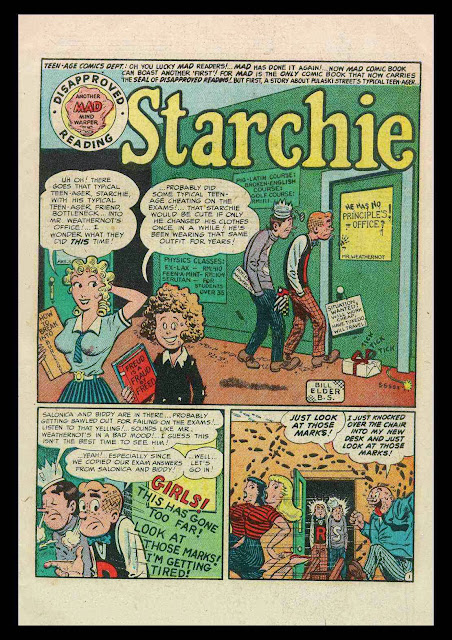 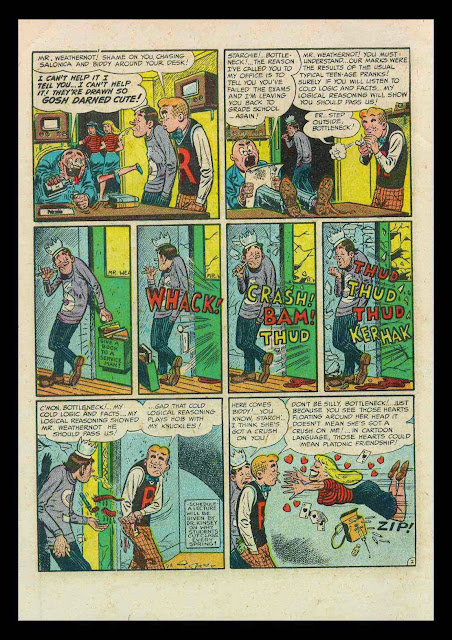 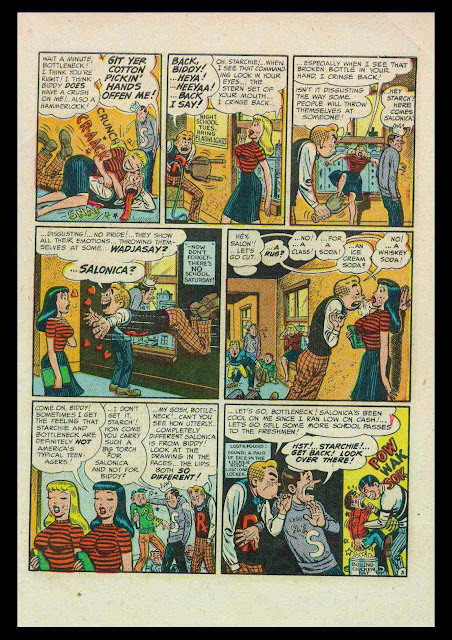 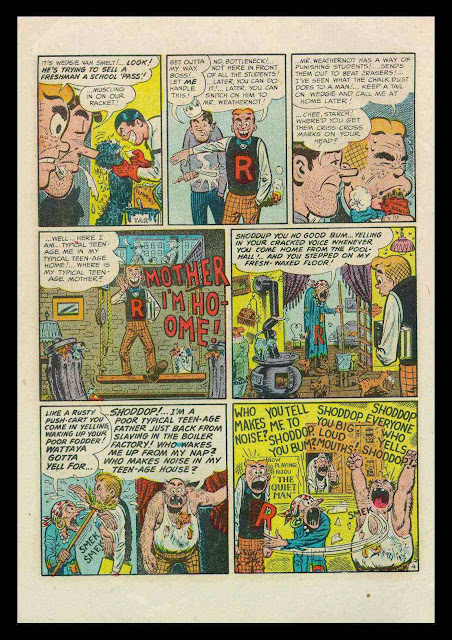 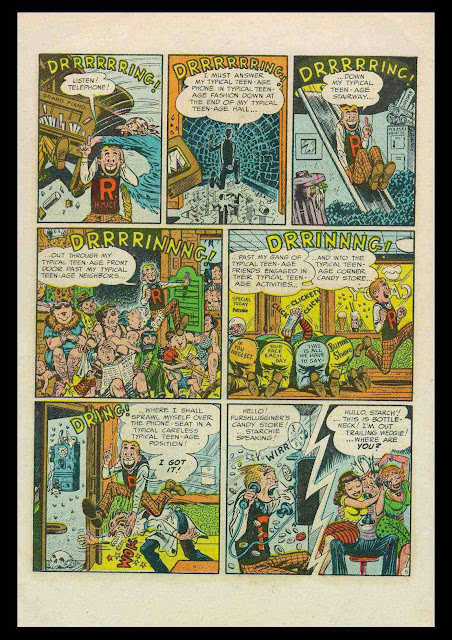 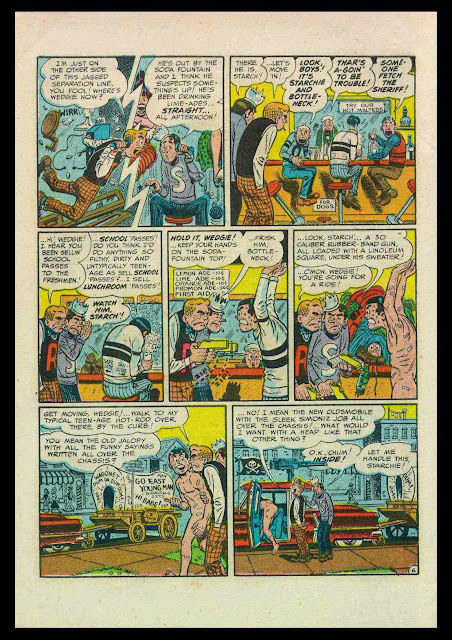 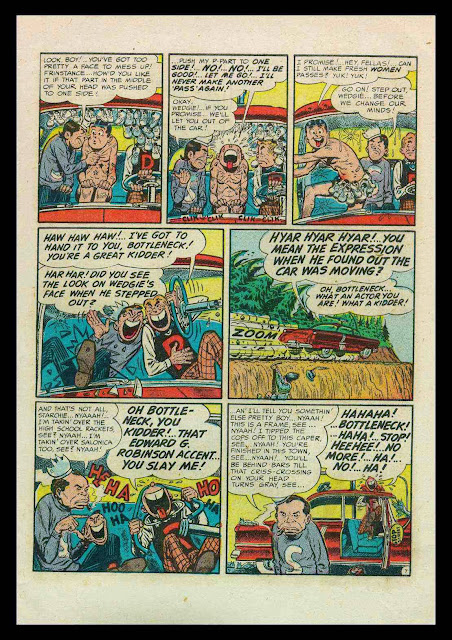 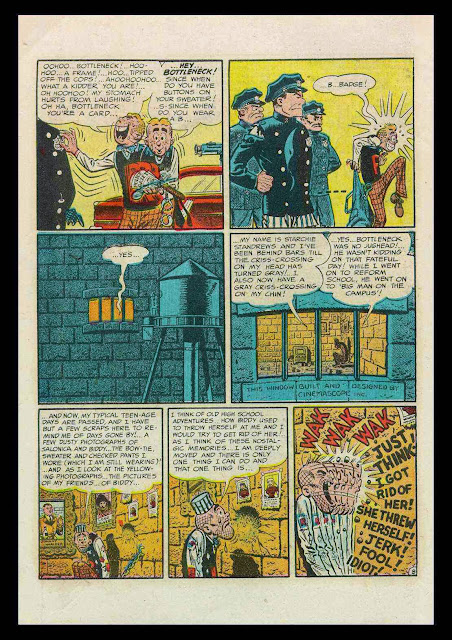